Daring Fireball: The iPad After the iPad was announced, I got two types of emails from readers. The first group saying they were disappointed, because they had been hoping I was right that The Tablet would be Apple’s reconception of personal computing. The second group wrote to tell me how excited they were because I […]

If you’re visiting Flickr from an iPad, you’ll automatically use the built-in HTML video player to watch any video including HD! And of course, you’ll be able to really enjoy videos in full screen mode on the iPad! 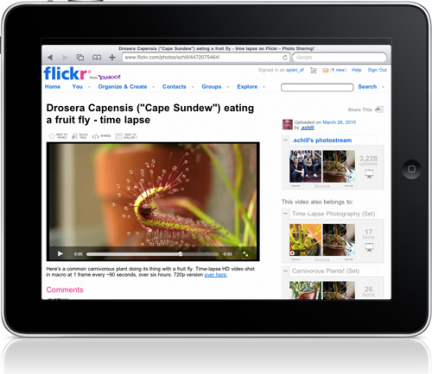