What’s the longest-running prime time entertainment TV show in America? The Simpsons, which celebrates its 20th anniversary today, claims that honor. Homer and Marge, Bart, Lisa and Maggie make up the world’s favorite animated family. They haven’t gotten where they are without outside help. The list of guest actors who lent their voices — and often their personas — to the show is long and eclectic, and includes actors, musicians, scientists, politicians, reporters, athletes and even an astronaut.

And the Lisa Simpson quote:

“You can’t create a monster, then whine when it stomps on a few buildings.” 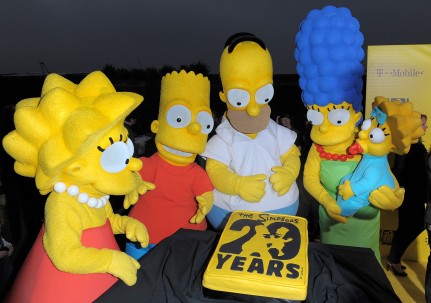