Crosswalk is a dangerous place, where pedestrians can get hit by car. Crosswalks are usually specially marked (with signs, additional traffic lights, etc.) for drivers to have enough time to slow down.
Parallel white stripes (in some places called “zebra”) are used to mark pedestrian crosswalks in most countries.
Our idea is to have double marking with illuminated stripes put above the road. It would solve several problems. 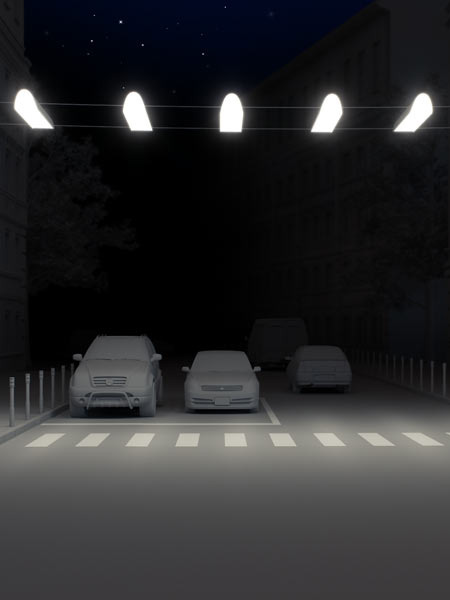 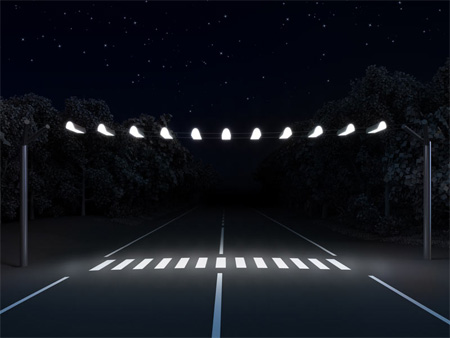 Yeah, again, I think it’s great :D And the last picture looks fantastic like a movie poster. And somehow, it could be like a footbridge for Squirrels or other animals to go through the pedestrian crosswalk.

But I have some questions about this concept:

Well, that’s what I think about the concept, and it is a concept of thinking outside  the box, at least :D