This one is just cool! I just saw that scene in the movie! Hope that’s real, too!

This one was a little well-know and popular before, I guess some of you might have seen that already, it’s really stunning and fun, but some people are doubting it’s fake and a made-up ad, here and here. And this guy even did a math for that!

I doubted it, too. I hope it’s real, but before that guy made it, did he ever fail? if he did fail and fall down to the ground, he would be hurt so much and can not do that one more time at all, right?

Recently one of my friends Hiko, who is from Tokyo Japan, recommended a Japanese group to me, it’s called Mr Children. yesterday I sent him a funny Japanese Christmas song called Jingle Bells – 7人の麦わら海賊団, which is from the popular cartoon One Piece（ワンピース） of Japan – I really love this cartoon, haha. And he said, oh, you know, Mr Children would make music for the movie if the author Eiichiro Oda 尾田 栄一郎 make a One Piece movie. Then that’s how I know Mr. Children.

He said Mr Children is the most popular group in Japan right now. here I will have you one of their songs called Hanabi. This one is just awesome!

Mr. Children, commonly called “Misuchiru” (ミスチル), is a Japanese rock band formed in 1988 by Kazutoshi Sakurai, Kenichi Tahara, Keisuke Nakagawa, and Hideya Suzuki. As a group, they are one of the most successful Japanese pop artists, having sold over 50 million records and creating the “Misuchiru Phenomenon” (ミスチル現象) in the mid 1990s in Japan.

Hi, my friends, wish you merry Christmas and a happy new year!

I just read Sam Brown‘s this note that about how to add the border-radius and CSS3 transitions and 2D transforms because now the latest version of Opera (the 10.5 pre-alpha) support them.

I was rather pleased to see that not only does the latest version of Opera (the 10.5 pre-alpha) support border-radius but they made the smart move and didn’t prefix it with a vendor specific property -o- like Gecko (-moz-) and Webkit (-webkit-) do. 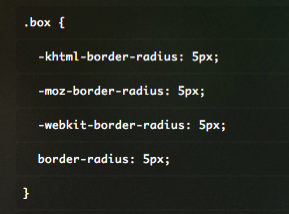 Today I showed the wedding photos of my friend whose name is Zhong to my brother Jeff. He said Zhong looks a sort of Korean, but I told him that I think Zhong looks like the Terra-Cotta of Qing Shihuang! And he made these 2 pictures to show me, haha. That’s the proof of what I think. 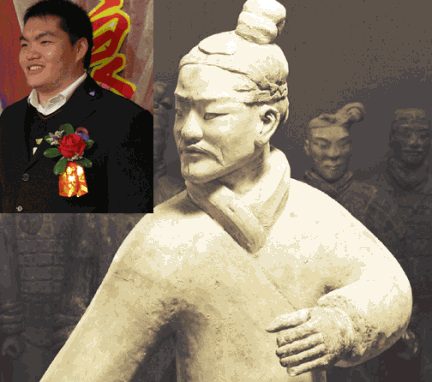 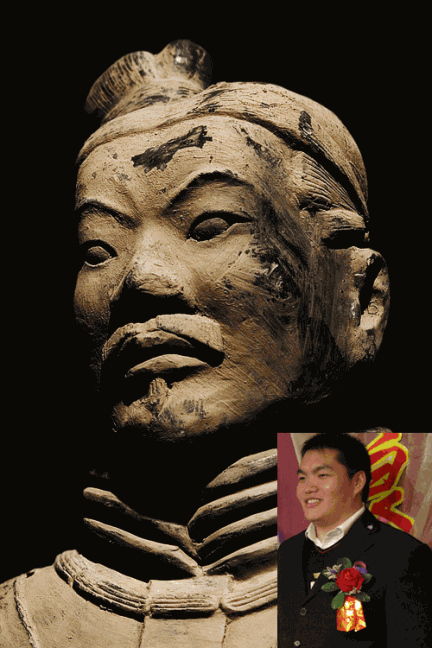 What do you think?

Last friday I went to a friend’s wedding and was asked to take photos for the wedding, I had a great time there and took lots of nice photos :D Well they considered me as the photographer but I am really not, haha. Both of the bride and the groom are my friends, and even the bride was my classmate in the university and were roommates, we were very close.

OK, take a look at what I took: 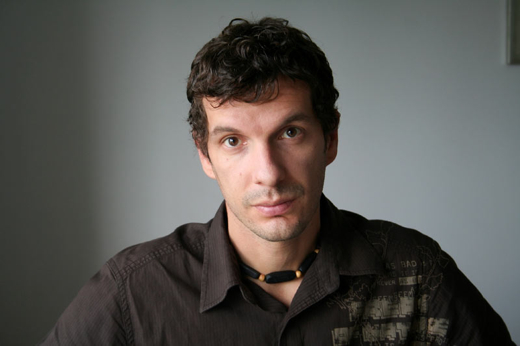 Besides work I am a father, husband and an amateur triathlete. I enjoy long distance endurance sports. I finished 3 Ironman races in past year or so. Ironman triathlon slowly became my life style!

via Interview with Alen Grakalic of CSS Globe | Design Shack.

After I went to a friend’s (who was my classmate in the university) wedding last friday and got back home, I thought I should build a website for the class (class of 2006, and Computer Science & Technology 2002, we called “02CST” for short) we were in, haha. I think it’d be fun. I’ve got a plan for the site and wrote down the ideas on the paper. In shortly, this site would be a place to show 3 main parts of our life, (the photos, videos, stories of) Wedding, University Time, and Activities or Parties not in the university. Well, it’s just a rough plan then. I have to get it more detailed and start to design the site :) I hope I could get it done by the beginning of Jan 2010, haha.

Below is the coming soon page‘s drawing, hope you like it :)